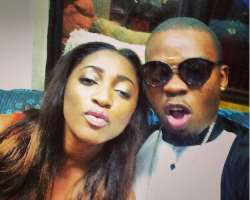 Few days ago a news has been going viral on many news site that music artiste Olamide and his long-time girlfriend, Adebukunmi Aisha Suleiman, are expecting a baby .

Netng first reported that story and according to them, after a source told them about the pregnancy, they tried to get Olamide to say a thing
about it. But he didn't say anything and instead deleted all the photos of his girl from his Instagram page.

Olamide has reacted and say people carrying the news have fake news, and his colleague wizkid too has reacted and called them 'oni baje' in english meaning, people that spoils others things' See their tweets