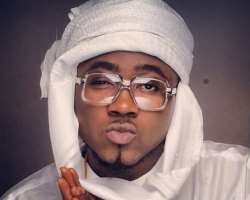 Popular Nigerian rapper, Ice Prince has just moved his groove to another level as he has signed a deal with world's largest music corporation, Universal Music Group (UMG).

UMG is an American based, French owned multinational music corporation, it is also owns Universal Music Publishing Group, which is the second largest music publishing company in the world, with its headquarters is located in Santa Monica, California.

It was learnt that UMG would be licensing one of his hit songs from his 'Fire of Zamani' album which featured US rapper, French Monatana. The song, which is titled 'I Swear', has really lifted him a step forward.