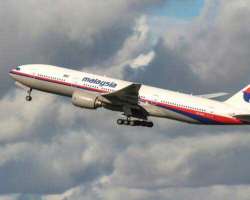 Malaysian Prime Minister, Najib Razak has said that the Malaysia Airlines Flight MH370 has been found in the southern Indian Ocean. The aircraft disappeared over two weeks ago, which resulted into a worldwide search.

The Flight MH370 crashed in the ocean, leaving no survivor. There were 239 people onboard the plane when it left Malaysia for China. New satellite analysis from Britain showed that the aircraft was last seen in the middle of the Indian Ocean west of Perth, Australia.

"This is a remote location, far from any possible landing sites. It is therefore with deep sadness and regret that I must inform you that, according to this new data, Flight MH370 ended in the southern Indian Ocean," the Prime Minister said in a statement on Monday.

He added that the families of passengers on the ill-fated flight have been informed of the developments.

Charles Novia Opens Up On Fight Between Omotola Jolade