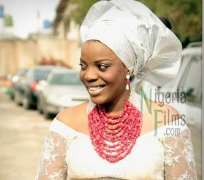 Many Nigerian men despise getting married to an already made rich lady because they believe such comes with some harms. On the part of women, they wish to be richer than their husbands.

In an interview with Vanguard, Nollywood actress, Empress Njamah expressed her view on the matter.

She said, “I can't marry my colleague! [It would be] boring living in the same house with someone you know his job so well as well as his income. Should you be more popular or get richer than the man, then you are in trouble as this could be dangerous. If you are on six figures and he is on less, there is trouble. Men and their egos!”

Music Is Finally Over For Tonto Dikeh ...Seyilaw Comically Lampoons Her [LISTEN]

Tonto Dikeh Replies Critics: I Achieved What I Wanted