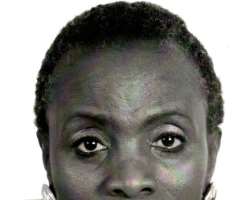 Veteran Nollywood actress Taiwo Ajayi Lycet, has blasted her Yoruba movie producers of not having good script for movie production.

According to Lycet, she said that it is due to the poor scripting that is she is not always interested in taking a role especially roles not are not intelligently scripted.

'Can you imagine me featuring in a film in which I have to go to 'babalawo' (haberlist) because a woman is childless and after consultation it was discovered that the mother-in-law is behind it among other things. I won't feature in such a film in this 21st century propagating witchcraft.'

'Mind you, there are witches abroad but those people are manufacturing airplane that is flying and they go to the moon.'

The actress added that she has just concluded work on a film with Tunde Kelani, titled 'Dazzling Mirage.'