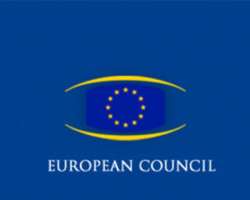 "1. The security and humanitarian crisis in the Central African Republic (CAR) remains a matter of deep concern, despite the relative stabilisation of the situation in Bangui and in the areas in which the international forces are deployed. The European Union (EU) reaffirms the concerns it expressed in previous Council conclusions on 20 January and 10 February 2014. It remains concerned about the risk of the Central African conflict having an effect on the neighbouring countries and calls for the integrity of the country to be respected. The EU intends to maintain its mobilisation, in coordination and cooperation with other international actors, in relation to all dimensions of the crisis, within the framework of an overall approach comprising actions in the humanitarian (respecting the principles of humanitarian action), political and stabilisation spheres and actions to promote development.

2. The EU remains extremely concerned about the humanitarian impact of the crisis in the

Central African Republic, which persists despite the regional and international efforts deployed on the ground. The survival conditions of the population remain precarious, particularly in the interior of the country where humanitarian access remains difficult. The EU is particularly concerned about the security threats to the civil population and about the consequences, in particular humanitarian, of mass forced departures of Central Africans and migrants, in particular Muslims, mainly towards Chad, Cameroon, the Democratic Republic of the Congo and the Republic of the Congo. The EU reaffirms its commitment to the CAR and calls on the international community to increase its funding for the populations affected by the crisis, both within the CAR and in the neighbouring countries.

3. The EU encourages the Central African transitional authorities to continue the political transition process and carry on with the preparation of elections. In particular, it urges the authorities to focus their efforts on combating impunity and recalls that the perpetrators of violations must answer for their crimes in court.

The EU welcomes the decision of the Prosecutor of the International Criminal Court to initiate a preliminary examination of the situation in the CAR, which is a party to the Rome

Statute, as well as the work of the International Commission of Inquiry established by United Nations Security Council Resolution 2127 (2013). The EU calls on the transitional authorities to continue their efforts to restore the rule of law. To achieve that objective, it is essential to restore security, re-establish the administration and introduce rules for economic good governance; interfaith dialogue and inter-community mediation are also vital. The EU reiterates its commitment to accompany the transitional authorities along this path, in cooperation with other international partners. It welcomes in particular the commitment to

stabilising the country made by the African Union and neighbouring countries at the military, humanitarian, political and financial levels.

4. Following the adoption of the Decision of the Council of the European Union of

10 February 2014 authorising the establishment of the CSDP military operation EUFOR RCA as laid down in United Nations Security Council Resolution 2134, the Council approves the Operations Plan and the Rules of Engagement. The Council stresses the need to speed up work on the preparation of the CSDP-EUFOR CAR operation so that it can be launched quickly in accordance with the commitments undertaken by the European Union.

5. By providing temporary support for a maximum period of six months, this transitional military operation will contribute to providing a secure environment in the Bangui district, with a view to handing over to MISCA, the African Union operation, or to a UN peacekeeping mission.

6. The EU welcomes the report by the United Nations Secretary-General of 3 March 2014

(S/2014/142), notably the recommendation to authorise as soon as possible the deployment of a United Nations peacekeeping operation, following a request to that end from the Central

African authorities, the aim being, in particular, to enhance the protection of the civilian population, to accompany the transition process, including the holding of elections by February 2015 at the latest, to support the protection of human rights and international humanitarian rights and the fight against impunity and to contribute to restoring the essential functions of the State. The EU underlines the importance of maintaining financial and logistical support for MISCA until the possible deployment of a United Nations mission. In this context, it reaffirms its commitment, financial and otherwise, to MISCA and calls for the urgent mobilisation of the resources announced at the donors' conference to support MISCA,

organised by the African Union on 1 February 2014.

8. The Council takes note of the Commission's intention to provide the CAR with aid exceeding EUR 100 million, in particular for the restoration of the State and the re-establishment of social services (education, health and food security/nutrition) and the preparation of elections."