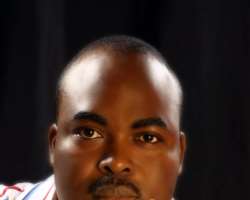 Popular Nollywood actor Emeka Ossai is planning on a initiative to be known as Men Against Spousal Psychological and Emotional Abuse (MASPEA) and not many knows the reason behind this initiative, in a recent interview, when asked he explained what he has in mind.

You were talking about an initiative to be known as Men Against Spousal Psychological and Emotional Abuse (MASPEA), kindly tell us about that. What it is, what do you want to achieve and how do you intend to go about it?

This issue of spousal abuse campaign started with a lot of men irresponsibly abdicating their responsibilities to spouses and families and resorting to sundry abuses. So appropriate laws were made to protect women and punish men who are guilty. This noble step has itself been increasingly abused by a lot of wayward women to gag and further punish innocent men to the point of death. A lot of men these days are walking corpses who due to gross psychological and emotional abuse have become empty shells waiting to drop.

Women have become increasingly aloof in a supposed union with their spouses, while the men have become increasingly powerless to even complain, lest they are labelled as insecure. We are saying enough is enough! Even though I do not have this experience in my marriage, I have come across these in people who have confided in me, those I have counselled and some others I have observed.

These days you have cases of women beating up their husbands, beheading some, doing bodily harm or wrecking them emotionally with no one in the society reacting. But on the other hand, mere exchange of words with a woman can result to a lot of societal backlash. This is unacceptable! So under my leadership, we have started a movement of Men Against Spousal Psychological and Emotional Abuse (MASPEA). We intend to sensitize fellow men to this ravaging plight and the society in general to wake up to this new reality.

We will encourage abused men to speak up and relate their experiences, engage women of vintage upbringing who do not encourage this trend and are ready to do something about it; and organise counselling for healing and support. We will be launching our social media pages and website soon to start the sensitisation process