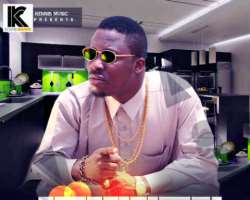 Nollywoodgists.com has learnt that the face-off between Kennis Music and Jaywon may soon not be over going by the latest information reaching us.

The estranged artiste of the respected label has reportedly written to his boss to terminate his contract with them. This, we learnt, he did through his lawyer.

In a statement made available to Nollywoodgists.com by the Public Affairs Unit of Kennis Communications, it was stated that, “Iledare Oluwajuwonlo James aka Jaywon has written a letter via his lawyer requesting for his contract with Kennis Music to be terminated.”

The statement further disclosed that, “JAYWON wrote, in the same letter, his readiness and willingness to pay off all costs therein accordingly.”

However, Kennis Music has urged the “Independent Broadcasters Association of Nigeria IBAN MEMBERS and all broadcasters on all platforms are hereby advised to Un-list the works (Either single performances or and collaborations) of Iledare Oluwajuwonlo James aka Jaywon from their respective rotational play lists until his (Jaywon) request to buy over his contract is fully completed to avoid litigation.”

Meanwhile, Jaywon has declined to speak on the matter when contacted by Nollywoodgists.com on Wednesday.