Saheed Osupa At War With Music Marketers' Boss Over Ban 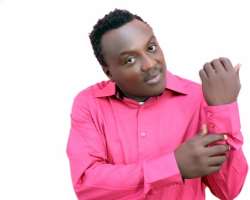 Popular Fuji musician, Saheed Osupa is in the news again. This time around, he has no issue with fellow musicians or those that are in contention with him in the Fuji music industry. As you read this, the Ibadan-born talented musician is embroiled in a cold war with the Chairman Music Advertisers Association of Nigeria (MAAN) over the unlawful ban of his albums.

While reacting to the current crisis, Osupa said “let me take it from how it all started. Initially, when the crisis in the industry was brewing, people called me several names, they said I like trouble, they called me all sort of names and that is because they didn't know the real reasons why I was fighting, but they said I was being troublesome.

But before then, many of the artistes ganged-up against me and they felt they will win the battle, but when they realised that I was having upper hand, they said we should stop the fight and make peace. The reason why they chose to resolve the differences between the Fuji musicians was because I was doing more shows, hence I was having more “Live Show CD's in the market which were always sold out.
At that period, I was doing nothing less than 3 live shows per day, and the shows were always different concepts.

Their believe was that my albums were making-waves because we were abusing ourselves, so they felt if we should settle the fight, my album sales will drop.

So we were all invited to Ikeja, Airport Hotel to be precise, at the meeting, Pasuma opined that all the Live Shows CD should be banned and I said no.

Reason being that, the live shows is what has been giving us relevance just like our hip-hop counterparts because we barely put our videos on TV and people now watch us more buying the videos or even watching it at the road side. They all refused to accept my opinion and said it has to be banned.

After a long argument, they looked into the matter properly and our conclusion was we will be releasing 2 CD's of live shows every 2months, while we can only release 2 albums in one year. They also said we shouldn't abuse ourselves and anyone who violates the rules will be banned.

2 months after the meeting, Pasuma started abusing me. I didn't say anything. I kept doing my work because I realised that the people who made the laws are on his side. So later in 2012, Pasuma released 3albums, they didn't say anything. So when I did mine, they now banned it and when I complained, they said its the decision of the association.

We tried to resolve it, they said the marketer of the albums, should beg them and after he begged them, they lifted the ban, 6 months after the sanction.

The man behind all this is the President of Music Advertisers Association of Nigeria (MAAN), Mosebolatan. I heard he is hell bent on killing my career.

This same man who was one of the people who said we should stop using provocative titles for our works called Pasuma to do a job for him in Ajegunle which is my base and he titled it Pasuma Takes Over Ajegunle.

After they released theirs, I did a job I titled 'Take Over Impossible', the Mosebolatan man banned it. I now sat down to think about it, because it is obvious that they are playing politics in order to favour their artiste.

So when I did my investigations, I found out that Mosebolatan is doing everything possible to bring down my career. This is a man I made who he is today, he was just an ordinary recorder, I bought him his first deck. The deal that gave him big break was Muri Thunders album which I composed. We also borrowed money for him to execute the project, I never new I was building a monster that will come back to attack me.

So I went to my Lawyer to report him, and my Lawyersaid we should do him a letter. The content of the letter is to warn him to desist from the witch hunting act.

I wasn't planning to sue them but with the way it is, I will take them to Federal High Court. I have informed the Human Rights Presidentabout it. Also, I am suing Mosebolatan himself, I can't sit down I watch him ruin my career. He can't even kill my career because Godgave me the talent. They are the same people who collect N5,000naira from every artiste to put their logo on their CD jackets. They said they are using the money to fight piracy and instead of fighting piracy, they are fighting us”.

When asked, why he feels Mosebolatan is after him, the prolific Fujimusician said “I think why he is really after me is one deal that went bad between me and him. A guy called Jelili, he is a drummer but based in London came to me and said he wants me to help him by piling up my hit tracks in a selection form, for him to market. The album was suppose to worth N2m, he gave me N300,000 and I said no, he said I should take it first, that he will get the remaining money. He later gave me another N300,000. So we hit the studio, when we got there, Mosebolatan surfaced and said he owns the job, he actually used the guy to front. So I said no problem, I will do it. Then he said, I have to do a new album, that I shouldn't do the selection album again and I said no, and that was how he started fighting me.

He tried to force me to do the album and I refused, I told him I can do it if he was willing to pay N3 million because at that points. I was getting N7 million to do an album. That was when he threatened to use his office to fight me”.

Is his erstwhile lead drummer, Perry, back in the band, he was asked. “Perry is back in the band fully, we are travelling to London soon”.
What is Osupa working on at the moment? I am planning of putting out my new album Tested And Trusted, but because of this crisis, I have to hold on for a while. But the Alaba marketers have been calling me that they will market it, that they don't have any business with MAAN.