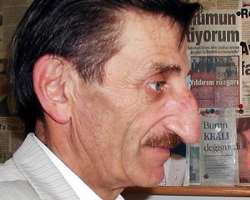 People compete in many things

As latest competition tagged '' Biggest Nose competition is certainly one of the most interesting competitions in the world.

According to reports , this competition is organized in Lafgenbruck, Germany. It has a long tradition, because the championship is more than fifty years old! People from all parts of the world come to this town to compete!

The competition has an interesting history, as we learnt that a group of town officials gathered in a local pub and started talking and making fun of their big noses. One of them said that it would be a good idea to make a big nose club, and the other one replied that they could even have a king of big noses. It was just a joke, but after some time, they started thinking about this idea and established the Association of big noses.