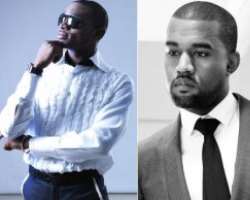 Veteran actor and former president of the Association of Nigerian Theatre Practitioners (ANTP), Jide Kosoko cheated death on Wednesday, February 26th, 2014, when he survived a ghastly accident around the Ikeja Shopping Mall.

The chubby actor was driving himself when his car lost control due to brake failure. The car was a write-off, but thankfully, Jide, a leader of the Yoruba movie sector escaped death by whiskers.

He was immediately given medical attention by the Emergency unit by 7-Up with the kind support of LASTMA officials.

There were no casualties and there was no major injury.

In a Blackberry Messenger message circulated by the thespian's colleagues, fans were assured that he is in great shape and unhurt. It reads, “This is to say a big thank you to all concerned about Prince Jide Kosoko and to confirm that he is in sound health after God saved him from an auto crash at Alausa, Ikeja, yesterday…he is in sound health, having sustained no injury from the mishap. Please disregard any unhealthy rumour.”

Prince Jide Kosoko recently celebrated his 60th birthday anniversary and he has appeared in over 100 movies, both in English and Yoruba languages.
E247