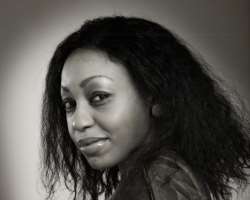 It has been indeed a great year for Rita Dominic, for a while she has not being mentioned as one of those who has been endorsed by any company.This has changed because Dominic has signed an endorsement deal with Keystone Bank, The deal is said to worth millions and the actress is already shooting new commercials for the company.

She is the face of Keystone and the campaign is focusing on the bank's new initiative, which is an account targeting only women, to help them invest wisely. Congrats Rita...More money for her as she smiles to Keystone and picks her money