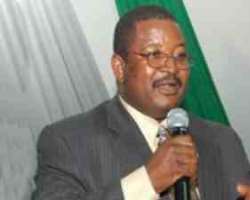 
The Nigerian Extractive Industries Transparency Initiative (NEITI) on Wednesday said the Nigerian National Petroleum Corporation failed to disclose $22.8bn in its alternative funding arrangements with its Joint Venture Partners between 2009 and 2011.

It also accused the corporation of causing the nation to lose N98.3bn to foreign exchange rate differentials in the period.

NEITI told the House of Representatives Committee on Petroleum Resources (Upstream) that the findings came out of its audit report on the finances of the corporation from 2009 to 2011.

The committee, which is headed by Mr. Ajibola Muraina, is investigating the alleged connivance of the NNPC with Swiss oil trading companies to defraud Nigeria of billions of dollars in crude oil revenue.

The N98.3bn loss, according to NEITI, is because the NNPC used exchange rates different from that of the Central Bank of Nigeria in its transactions.

The country reportedly lost about $6.8bn as of 2013 to the alleged connivance between the NNPC and the traders, which the Bernes Declaration said involved the sale of Nigeria's crude oil below international prices.

On Tuesday, the Group Managing Director, NNPC, Mr. Andrew Yakubu, had appeared before the committee to deny the claim by the Bernes Declaration.

But, on Wednesday, when it was the turn of NEITI to testify, the Executive Secretary, Mrs. Zainab Ahmed, said the agency did not only agree with the allegation by the Bernes Declaration, but said that its audit report also indicted the NNPC.

Ahmed faulted Yakubu's denial. She noted, for example, that the NNPC used an exchange rate different from that of the CBN in its transactions, resulting in the loss of N98.3bn to the country between 2009 and 2011.

She promised to furnish the committee with a comprehensive analysis of the link between the NEITI audit report and the Bernes Declaration, both confirming the connivance with foreign oil trading companies to short-change Nigeria.

Ahmed added, 'There is similarity in NEITI's audit report and the Bernes Declaration report.

She also told the committee that NEITI strongly opposed the daily allocation of 445,000 barrels of crude to the NNPC on the ground that the corporation did not have the capacity to utilise the allocation.

She explained that the refineries in the country lack the capacity to refine the crude, and called on the Federal Government to review the policy.

Ahmed, who urged the government to urgently privatise the refineries, said, 'The 445,000 barrels per day allocation should be reviewed to the actual refining capacity of the refineries.'

On his part, the Managing Director, Pipelines and Product Marketing Company, Mr. Haruna Momoh, defended the swap arrangement of crude for refined products between the NNPC and its foreign trading partners.

He denied that the country lost $8bn annually to the arrangement as widely believed.

Momoh explained that the arrangement was the reason why the country was no longer experiencing acute scarcity of petroleum products.

The committee later adjourned hearing till March 25, but not before summoning the Minister of Petroleum Resources, Mrs. Diezani Alison-Madueke, and the acting Governor of the CBN, Mrs. Sarah Alade, to appear before it in connection with the investigation.

Also summoned were the Chairman of the Economic and Financial Crimes Commission, Mr. Ibrahim Lamorde; officials of the Department of Petroleum Resources and the Petroleum Products Pricing Regulatory Agency.

Also, the House Committee on Finance accused the NNPC of withholding N105bn of independent revenue from the Consolidated Revenue Fund of the Federation.

At a separate meeting with the NNPC management, the Chairman of the committee, Dr. Abdulmumin Jibrin, said records before the committee indicated that the money had not been remitted.

Jibrin stated that the committee got the records from the Budget Office of the Federation.

However, NNPC's Chief Strategist, Mr. Tim Okon, who led the corporation's team to the meeting, expressed surprise at the information.

He claimed not to be aware that the corporation owed such an amount.

In a response, Jibrin dared Okon to put his denial in writing and forward it to the committee on Thursday.

The National Agency for Science, Engineering and Infrastructure also claimed not to be aware that its 2014 budget was N80m instead of N29m.

The committee directed the agency to put the denial in writing and forward it to members. - Punch.