‘I have Been Cleansed from Stealing’ – Yetunde Akilapa 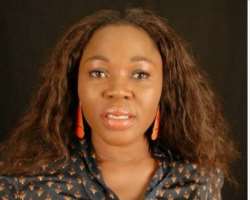 Nollywood actress Yetunde Akilapa, who allegedly got involved in stealing and was caught with bunch of keys which she used to enter into people's home, has returned from a spiritual home where she was said to have engaged in total cleansing. Read it here. Recall that Yetunde claimed that her stealing habit is more than what meets the eyes, and that she needed cleansing to bounce back to her feet. Yetunde revealed that she is back from cleansing and ready to continue with my acting career.

“I am not quitting again. God has finally shamed my critics and enemies. It's true I have not been around for two weeks. I was going through a kind of marathon fasting and prayer. First, I had to go to my hometown on my mother's invitation. That was where I stayed for about two weeks for spiritual cleansing, and I thank God I have triumphed over my enemies. The devil has lost the battle. I am a conqueror forever.”

Though, Yetunde explained that she went to different churches to get herself washed off of the spiritual attack on her person but said that she remains a member of the Redeemed Christian Church of God.

“I am a member of The Redeemed Christian Church of God in Ikorodu, where I reside. But I only attend Christ Embassy Church, Agidingbi, Lagos, once in a while. Even, my friend also introduced me to a Christ Apostolic Church, in Ketu, Lagos, where I also attend deliverance services. I don't discriminate so far it's all for my benefit. Now, I am happy that the battle is over. As I speak to you, I am on a movie location with some of my colleagues. They are all happy that I am back. I pray that any weapon fashioned against me again shall never prosper.”

Lesbianism In Nollywood Is Not Going To Stop Soon – Vivian Pius

EXCLUSIVE: Monalisa Chinda, Desmond Elliot, Others May Be Dropped As Glo Ambassadors

GOD IS FIGHTING FOR ME – KAYODE SALAKO'S FIRST WIFE, OLUBUKOLA