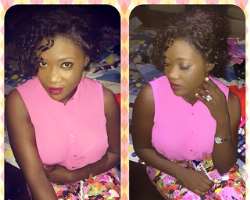 Mercy Johnson is Nigeria's busiest actress, YES International! investigations have revealed. The Igbira, Kogi State born movie star, according to our findings, is also one of the richest actresses right now. She allegedly pockets between N1.5m and N2m per script. And ever since she became the hottest thing in Nollywood, no month passes by without her interpreting at least two movie roles.

We even learnt that producers queue up now to have her take part in their movies, with most of them crediting her account up front. “The situation has been like that for some time now. Even when she was pregnant, she was still working non-stop, including shooting a movie in the United States of America with her bulging tummy.

As a matter of fact, the producers were so desperate that they started writing scripts to align with her pregnancy”. Among Mercy's latest works are: Obioma The Slave Girl, Sleeping Walker, Heart of A Twin 1 & 2, Mud of Hardship, Dumebi and Bitterleaf Cyhtia, There are also Daniella, First Experience, Endless Agony, Immaculate Heart, Painful Soul, Tears of Madness, Weeping Kingdom, Troubled King, Baby Oku in America, Dumebi in School, Somma The Local Champion, Ebute The Only Girl, Leave My Tears 1 & 2, Mary The Hunter, Cry of A Widow, Voice of A Mother, etc. Obviously busy as a bee, a source, however, advised that Mercy should learn from those before her and invest wisely. “And this is why:

There was a time that Liz Benson was the hottest thing in the industry. But where is she today? How busy is Liz right now? Same thing with Patience Ozokwor, Victor Osuagwu and the rest of them.

Even Genevieve Nnaji. My advise to her is: Maximize this and make good use of the opportunity because some opportunities don't come twice”. Married to Odianosen Okojie and blessed with a daughter, Purity, she is the fourth child in a family of seven. In love with playing monopoly and enjoying sentimental music, well endowed Mercy attended Nigerian Navy Primary and Secondary Schools in Lagos.

An unabashed admirer of Genevieve, her lead role in Kenneth Nnebue's movie, The Maid, thrust her onto prominence. The daughter of a retired Naval personnel, that first major role fetched her only N50,000. But today, the story has changed. Born on August 28, 1984, her favorite food is Eba with Egusi.