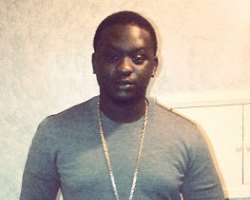 It is over 12 years Sound Sultan has been on stage as a musician, in 2000 he had that his hit, 'Jagbajantis' which brought him out. With six albums done since he started his music career, he has become a force to reckon with in the Nigerian entertainment industry, which is the reason he has been invited by the royal family in UK for a dinner as a UN Youth ambassador.

It was her majesty Queen Elizabeth II, who gave him an official invitation to the House of Lords, which is the upper house of the Parliament of the United Kingdom with other UN youth ambassadors

He announced “I was called to the London to dine with the Queen,” Sultan who is a UN youth ambassador for peace wrote on IG