I Don’t Have Any Love Child—Bimbo Akinsanya 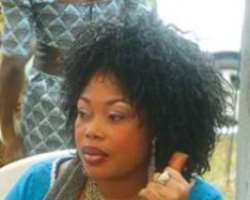 A Yoruba actress, Bimbo Akinsanya has debunked rumour that she has a love child for a UK-based boyfriend. Recall that the actress was discharged and acquitted in 2013 for a murder case by a Lagos court.

Speaking recently in an interview, Bimbo disclosed that she is aware of the rumour but wondered where such baseless information came from. She categorically stated that she doesn't have a baby anywhere.

According to her, she is still single and fresh. “Cha Cha l'omo, mi o ti bi'mo ri o, (I am still intact, I don't have any child anywhere,” said Bimbo.