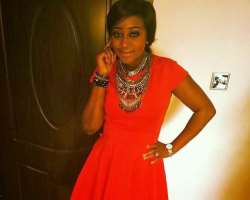 For some time now, fans of sultry actress, Ini Edo has been expressing their displeasure over the figure of their darling star. Since she got married some years ago, Ini Edo has added a lot of flesh to her body, which her numerous fans kicked against.

Some went as far as advising the screen goddess to hit the gym in order to slim down and look sexy like she was before marriage.

The actress may have now bowed to pressure as her new photograph suggests that she has worked a lot on her weight.

She shared her picture on the internet, looking slim and sexy. This new development will surely excite her teeming fans as their idol has finally heeded to their calls.