Majid Michael Says He Was Misunderstood With Ghollywood’s Comment 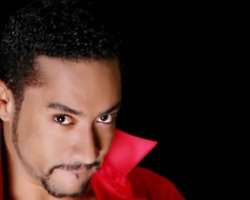 Last week, Majid Michael caused a lot of trouble in his country, Ghana when he made a comment that there was nothing like Ghollywood, the actor has explained that he was misunderstood when he made the comment and shouldn't be taken serious, this is to defuse the tension he has created in Ghana since he went home on Saturday night

It is alleged that he has been discrete in Ghana and had to speak through his publicist and the management on how to do damage control on what he said.

Sources says “ Majid have already been scheduled to appear on some media channels in Ghana to clarify his statement…some producers are really angry with the actor and have promised not to feature him in any movie until he reverse his statement.”