Rumour Fixed: Osita Iheme Is Not Getting Married Soon 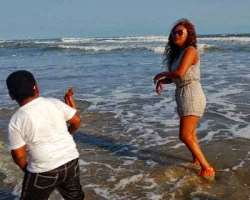 Last week the news that Nollywood actor Osita Iheme was getting married to a Ghanaian lady went viral but it is totally false, Osita who is famous as Pawpaw has denied the rumoured marriage, he is already used to such stories since he was the best man for his friend Chinedu Ikedieze (Aki)'s wedding in December 2011.

He has been associated with different ladies since Chinedu got married from Ghanaian actress Nana Ama McBrown and London-based model, Brenda Gowon, who was allegedly said to have dumped him in 2008

He is quoted as saying: 'Na lie! There's no such thing, they are just rumours.'

Osita isn't leaving the league of bachelors anytime soon, he is still available.

The rumour can now rest for a while but it would continue until he tells his fans when he is getting married.