I Am An Actress. And My Body Is My Tool- Actress Sylvia Ezeokafor 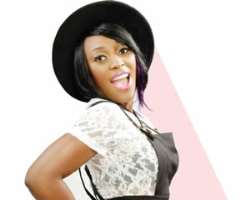 As many Nollywood actors and actresses have their take on the decision of acting n*de, many other Nigerians dispute the fact that Nollywood shouldn't be displaying such scenes. For popular actress Sylvia Ezeokafor in a recent interview says she can act n*de in a movie.

She replied in a recent interview when asked if she could act n*de in movies, she said:

"I do not have a problem with n*dity in movies. I am an actress. And my body is my tool. If I have to act nude in a movie, it will depend on how good the script is, how favorable it is to me as an actress, the kind of movie and most importantly, the director. He has to be a director I trust.He has to be someone who produces without demeaning my acts.

Lupita Nyong'o was n*de in the movie, '12 years as a slave,' and she is an Oscar nominee now. It's part of the job. S*x sells and it happens every minute in Hollywood. In Africa, we want to be Africans and non-Africans at the same time. It's something we knew before we signed up as actors.