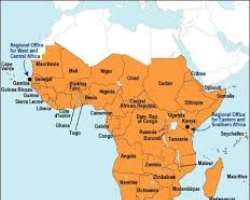 
Sub-Saharan Africa (SSA) last year attracted $1.6 billion in private equity investment in what has been described as the highest investment of its kind in five years.

Investors are gradually and steadily looking at Africa as a profitable investment destination.

Ventures Africa quoted  the Emerging Markets Private Equity Association (EMPEA) as saying that  sub-Saharan Africa - as the fastest growing region in the world - has attracted private equity investors that are targeting the consumer spending patterns that are set to be triggered by the growing middle class.

'Some of these investors also are attracted to natural resource discoveries in countries like Kenya, Uganda and Mozambique and the transformational effect they will have on their economies,' according to AMPEA.

East Africa, including Mozambique, represented more than a third of the 74 transactions struck last year.

The region's inflows doubled to $769 million on the back of gas discoveries in Tanzania and Mozambique and other hydrocarbon discoveries in Uganda and Kenya.

'In SSA, 2013 was the beginning of a big deployment phase for private equity capital,' Robert van Zwieten, the CEO at EMPEA, said.

'Such deployment resulted in a drop in fundraising for the region but a five-year high for investment,' Zweiten continued.

Zweiten said projections for this year showed a bright future because six funds were currently in the market, with SSA mandates targeting investments above $500 million.