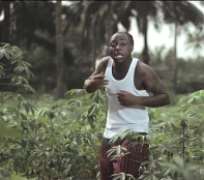 Davido has just released the official music video of Aye, which is his fourth single off his forthcoming sophomore album. This is directed by Clarence Peters and it was set in the rural setting where Davido played a poor farmer who fell in love