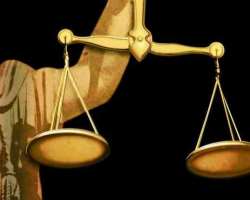 
An Ikeja High Court on Thursday adjourned the arraignment of a transporter, Bube Okorodudu, over an N82.8 million theft, till February12.

The arraignment, which was earlier fixed for February 6, was adjourned because it was not listed for hearing by the court in its cause list.

Mr. Okorodudu and his transport firm, Cross Country Ltd., will be arraigned alongside another company, Car Link Limited before Justice Lateef Lawal-Akapo, by the Economic and Financial Crimes Commission, EFCC. They are facing a nine-count charge of conspiracy, stealing and forgery.

The EFCC counsel, Francis Usani, alleged that the defendants conspired among themselves to commit the offences between February and August, 2009. Mr. Usani said they stole the money through the fraudulent sale of 17 units of Volkswagen transporter buses belonging to AG Moeller Ltd. The buses were allegedly sold to GMT Nigeria Ltd; Multichoice Nigeria Ltd; and Law Union and Rock/TFS Finance Ltd.

The prosecutor said the offences contravened Sections 390, 467 and 468 of the Criminal Code, Laws of Lagos State of Nigeria, 2003.

The stealing, as an offence, attracts between seven and 20 years imprisonment, if an accused is found guilty.