Mercy Johnson Marriage May Land Into Another Trouble… 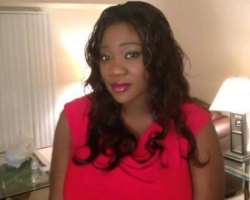 It is no more news that popular actress Mercy Johnson is married to an Edo Prince, Odianosen Okojie… And it is also no more news that Odianosen was married before he got married to Mercy. Well we heard the controversy that almost stopped Odianosen's wedding with Mercy might not be fully settled yet. We heard that Odianosen's former wife who is still insisting that she has not fully divorced from the Edo prince is at the moment asking Mercy and her husband to take custody of one of her kids.

Our hovering bird heard that the Canadian based woman, Lovelyn, was recently in Odianosen's family home in Edo state with her daughter demanding that the father take custody of her. We heard Mercy and her husband were both summon for an immediate meeting by family members. Lovelyn who was said to be present at the meeting we are told had already prepared her daughter for relocation. Sources says Mercy and her husband stormed out of the meeting and left for Lagos almost immediately when the matter was brought forward with Odianosen insisting that she take her daughter back to where they are both coming from. It was obvious that the idea did not go down well with the couple.

Lovelyn we heard has since return back to Canada with her daughter. And at the moment, we heard Mercy and her husband are also discussing with Lovelyn's family on her sudden decision…
-Aprokocity