Why I’m Angry With Niger-Delta Situation—Omotola 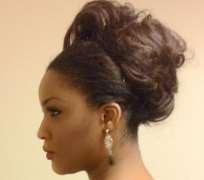 The Niger-Delta region has largely remained under-developed despite being the air that Nigeria breathes. The country hugely depends on the oil being extracted from the region, but it is alarming that the area lacks some basic amenities it should not have been deprived of.

This was the reason some aggrieved youths in the area took arms against the country and demanded that it controls its resources. This has been kicked against, especially by the people of the Northern region, who insist that the crude oil from the region belongs to all Nigerians.

The administration of the late president Umar Yar'Adua successfully launched an amnesty programme, where militants in the region were lured to drop their arms to embrace peace. Government has also tried to develop the Niger-Delta region to make life bearable for the inhabitants of the place.

For star actress, Omotola Jalade-Ekeinde, who also comes from the region, Ondo State, her publicised fight for the region was applauded few years ago. As a UN ambassador as well as that of Amnesty International, she felt she could use her influence to tackle the problem and bring smiles to the faces of the people of the area.

One cannot easily forget how she took on Shell Petroleum, which is seen to be contributing to the pollution in the Niger-Delta region.

Speaking with CNN some days ago, Omotola explained why she was angry with the whole situation back then. She said that she felt hurt, when she was shooting a film in the area, which also revolves around the struggle.

According to her, “It's very sad. You need to go to the Niger-Delta Region to know what the people are are going through. You then begin to ask yourself that why is there no one helping these people? If you go there today, most of the locals do not have jobs because they are basically fishermen. Most of the women work in the field and the world is silent.

“I shot a movie there recently about the Niger-Delta situation called 'Up Creek' and I wept, when I was shooting the movie. I know why these people are angry and to say the truth, I am really and truly angry (with the situation of things there).”