Nollywood is in a disgracefully sickening state 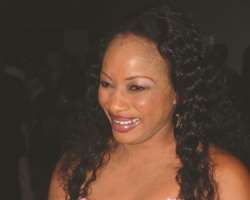 Veteran actress and mother of star director Clarence Peters spoke about her disappointment with how the movie industry is today:

“It hasn't improved at all. It is now a proverbial ' state' that makes one to weep. Everything has fallen to a disgraceful state. No standards are left. I was on a location in Enugu last month and the production manager was insulting the director of photographer. I was shocked.

The producer and the director were shouting at each other. I could not imagine it. The artistic director would just walk away and actors are not directed on what to do. Any green horn could hit the set and believe that she could sleep her way to the top. She is pretty and sleeps with the Executive Producer. It's just sickening.

And they say to you, this movie is meant for the market and the cinema. It is not for film festival, just do it anyhow because this is for inside the market. That goes to show there are no standards. It is pathetic.”

Nothing Else Matters 'To Me Now'--Jim Iyke Talks On Deliverance From Evil Spirit.