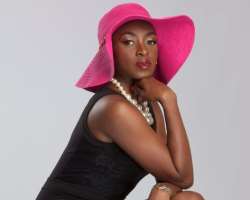 Gists mongers revealed to us hours ago, that Nollywood star actress Kate Henshaw narrowly escaped an auto accident in Lagos on Monday Jan 20, 2014. According to the message we receive, Kate was said to have had an ugly encounter with a BRT Bus, in Anthony area of the state. The ugly scene we gathered would have resulted to a ghastly crash between the BRT Bus and Kate's car if not for divine intervention.

We gave the information a wave of the hand, as the sender did not give vivid explanation of what happened. Meanwhile few minutes ago, the Cross River born actress tweeted a confirmation of the story. Thank God for his mercy!

“Hmmmm...God protect us! Almost crushed by a BRT Bus D027 along Anthony! Wonder if they receive any driving lessons or just let loose!!!” She equally confirmed that she was not driving on the BRT lane.

EXCLUSIVE: Shan George In Trouble Over Outburst On Colleagues**Actresses Plot Against Her?