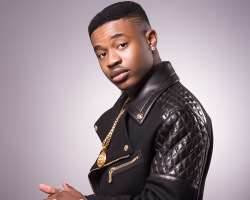 Recently I had the chance to interview a rising star who goes by the name of Nizzy. I was introduced to his music by a close friend, as soon as I became aware of his songs I had to get an interview with him.

Nizzy is set to be the next best thing to the afrobeats scene; although he is based in the UK his Nigerian roots are clearly evident in his music. With past success with his song Drumstick which received over 40,000 views on Youtube, his new song “Egwu” featuring singer Lola Rae will surly top that.

Intrigued by how the song Egwu came about I asked Nizzy a few questions, the first question was in regards to what Egwu meant. He explained to me that “Egwu” is an Igbo word which means dance. He then went on to say that “I want to get people dancing”. I furthered asked him how the collaboration between himself and one of biggest afrobeats newcomers of 2013 came about. Nizzy and Lola Rae both work with the same producer, P2J. In addition to this he went on to say “I believe Lola Rae is a wonderfully talented artist, she was the right person to ask”

I went on to ask Nizzy who else he plans on working with this year and what his fan can expect to hear from him in 2014. He said “My fans can expect to hear versatility within my sound”. In regards to artist he is working with, it seems we may have to remain out of the loom for a little while. Laughingly he said “there are a few people I will be working with so stay tuned”.

Amongst Nizzy's songs there is a mixture in sounds, he explained to me that although the genre of his music is Afrobeats his music has influences of “hip-hop, basement, reggae, pop, funky and house”.

Lastly besides music I was interested in finding out what else Nizzy enjoys, he spoke about his love for acting, travelling, watching films and cooking.

I'm sure this is not the last we will hear of Nizzy in 2014. Although no official date has been released for when his album is out he told me that “my album will definitely be dropping this year”

Let me know your thoughts on the new song by tweeting me @bisoye_ !!!