As the tax system comes of age – Guardian 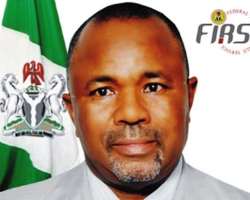 
Considering the disposition of many Nigerians to tax obligations, reports that the haul from taxes into the Federation Account in 11 months of 2013 hit N4.18 trillion is a compliment on the consistency in revenue drive by the Federal Inland Revenue Service (FIRS). This positive posting should be sustained for efficient governance in line with global practices and to ensure the actualisation of the ideals of a nation. Pushing the frontiers, however, calls for addressing the current inadequacies in the administration of taxes for the benefit of Nigerians.

The good drive notwithstanding, the revelation that the preceding financial year (2012) closed on a higher note with N5.007 trillion from taxes, including biggest contributors' petroleum profit tax (PPT), compared to 2013's N4.18 trillion signalled a possible shortfall at year-end by a few billions of naira.  If this shortfall was as a result of any loophole, it should be plugged.

Suddenly, governments, especially in the states, are waking up to the realization of a bad tax culture in the country, resulting in poor returns as internally generated revenues - a situation that has for years confined many of them to over-reliance on federal allocations. The renewed efforts by the states are, therefore, commendable. For instance, Edo State has just launched a scheme to allot Tax Identification Numbers (TINs) to tax-payers, which is likely to translate to more yields for the government by bringing more people into the tax net. Other states should follow this example and those already in should make it more efficient.

Its economic endowment notwithstanding, Lagos has always been a model in tax assessments and administration in spite of criticism from payers on alleged excesses. It remains the envy of other states in its tax-drive. For instance, the state has just offered stakeholders a platform through its yearly taxation conference to brief about reforms of tax administration, policies and statutes while providing an avenue to gauge taxpayers' perception of tax administration towards enhancing operations of its revenue agencies.

FIRS also deserves recognition for its new Integrated Tax Administration System (ITAS) project targeted at optimizing tax collection and improving voluntary compliance levels among payers. Many have described the project as a key to automation of tax administration while ensuring transparency and efficiency. However, it is easy to install gadget, it is a different thing to ensure non-manipulation of the system by economic leeches.

Nigeria generally has a lot to learn from industrialised economies that have perfected running government largely on taxes collected, having realised deficiencies in other areas especially natural resources. It can also be done in Nigeria save for the corruptive tendencies of public officials. The advantage also means a shift of focus from government's heavy dependence on oil revenue. The vagaries of the world economy and discovery of alternative sources of energy by the consumers in the developed economies are enough reasons for any resource-dependent government to diversify its economy, build a strong industry based one, create jobs and therefore increase its taxable base.

Of course, there are many challenges. Multiple tax jurisdictions; inefficient administration; ineffective or obnoxious tax laws and poor education of the payers; very poor culture of tax payment by citizens - the highly-placed are more guilty - who prefer evasion which translates to low revenues across board; short-changing government through false declarations by both individual and corporate payers and other identified categories; poor assessment of taxable items or property or persons; brazen mismanagement or looting of whatever accrues to the treasury by a few itchy fingers with access to the government purse. The list is very long of those things that ail Nigeria.

Faced with all these, the government at all levels must show that they can confront the known heavy erosion of the tax base.

A tax system must be well positioned to meet global standards. For now, the marked improvements notwithstanding, Nigeria's approach is far from ideal.

Besides efficient assessment and payment plans, a good and efficient tax regime should focus on voluntary tax compliance based on a comprehensive and reliable data base that would have the profile of payers updated on regular basis. Automation of tax administration processes at every level could facilitate this. Accountability from the collecting agencies must also be factored in for success. An effective linkage of these agencies too is imperative, just as the common policy making body - the Joint Tax Board - is fully empowered and elevated.

Education of payers and awareness programmes should be able to raise the tax morality to an appreciable level of compliance. The laws against tax evasion must also be enforced to restore sanity in the system.