Until Death Do Us Part 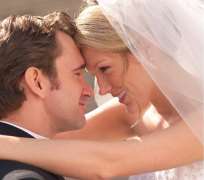 The dictionary defines marriage as “a legal union or contract made by a man and woman to live together as husband and wife.” This definition of marriage is, however, eroding quickly in our contemporary society. With the acceptance of gay marriages, the traditional concept of marriage is becoming simplistic, even anachronistic.

Traditionally, the social union or legal contract between a man and his wife should create kinship. It is an institution in which the relationships are not only meant to be usually intimate and sexual, but are also consummated in several other ways, depending on the culture of those who are married. Children come from it. In a very profound sense therefore, marriage is the most intimate of human relationships, involving sharing a person's entire life with his or her spouse. By its very nature which emphasizes conjugal love, the institution of marriage is ordained for procreation and for the ultimate education of children who come from such marriages. It calls for self-surrender to the other spouse, a surrender that is so intimate and complete that spouses become "one," not only in body, but also in soul, without necessarily losing their individual identities.

There is an African adage that says: there is no age when a man can say: 'I have known it all'. That adage also applies to the institution of marriage. No one can claim to know all there is in that human relationship called marriage. It is a university. Those in it learn by the day from it. And most times, the lessons come in different shapes, culminating in various experiences. As a result, the marital experiences of people actually differ one from another, depending on circumstances and such factors as upbringing, environmental pressure and work demands.

In all of these, no one can claim to have a ready answer to all the myriads of problems that couples face daily in their marriage relationships. It is even more complicated these days when people marry for various reasons. The reasons can range from legal, social, emotional and economic to spiritual stability or upliftment. But no matter the reasons a couple gets married, the demands of marriage remain ultimate and constant. Husband and wife must have a unity of purpose in all their undertakings. In short, they must be seen as, and remain, “an item” in the eyes of their society.

In today's world, many factors tend to get in the way of marriage, so that it is practically impossible to recommend a general panacea for all the troubles that can hamper the success of a marriage.

The ideal thing in any marriage, however, is for each of the two people who are married NOT to seek to change each other's personality or old habits in the process, but rather for spouses to change themselves in a way that can enhance whatever they perceive will make their marriage work. If that happens, the marriage is sure to succeed. In that regard, spouses need to know enough about the other partner's values, social habits, and general lifestyles, to determine whether they can change themselves and become compatible with each other or not.

In knowing each other better, they will know if they have the right attitude that they mutually want to make their marriage successful, and if not feel the need to adjust those attitudes. No marriage will ever work with selfish, conniving, diabolical attitudes. Therefore, couples must make sure they know the need to keep these areas to a minimum level they can cope with, to mutually live as husband and wife.

Although many people believe that a marriage that is based on love must ultimately succeed, love alone cannot necessarily make a marriage work. To remain married, both spouses must be ready for a long-term commitment in every conceivable respect, financially, emotionally and in terms of maturity and ageing.

Having said this much, I would like to quickly point out that there are many things about marriages, especially among Christian Families that are often taken for granted. One of them is the sacrosanct promise publicly recited by couples in front of their witnesses, and God. They usually vow to love, cherish and respect each other “until death do us part!”

The point to note here is that every law is subject to interpretation, be it cannon law, secular law or sharia law.

In the case of this particular vow which many make, only few people give it a flitting thought. Many fail to give it a serious thought even when people get married and make the vow every day.

We may get an example in the admonition God gave Adam in the Holy Book. Adam and his wife Eve were the first recorded couple on earth, according to Christian belief. God had created the Garden of Eden for them, with all the glamour and beauty that the scenic environment portrayed. The Holy Book mentions that husband and wife explored the Garden naked. They were not ashamed of their nakedness. They must have been as innocent as a newly born child. That was how God wanted them to be – innocent.

God specifically told Adam not to eat of the forbidden fruit in the Garden of Eden. God told him: “Of every tree of the garden you may freely eat; but of the tree of the knowledge of good and evil you shall not eat; for in the day that you eat of it, you shall surely die.”

The serpent, described in the Holy Book as “more cunning than any beast of the field that the Lord had made” prevailed on Eve and she convinced her husband to disobey God and eat of the forbidden fruit. But Adam lived for many more years before his physical demise. This shows that God did not mean the physical death of Adam. God meant that Adam would die spiritually.

The spiritual death of Adam and his wife ushered sin and death into the world. Adam's spiritual death was not interpreted at the time God told him he would die if he ate of the tree of the knowledge of good and evil. No one knew the mind of God when He spoke to Adam about the tree. But God's decree happened. For disobeying God, Adam died spiritually and his death distanced him and his wife from God.

By the same token, marriages can die spiritually. The death mentioned in the vow, “until death do us part” can be spiritual, as we see in the union between Adam and God, or it can be physical – when either the man or woman leaves planet earth and is transited.

When a couple fails to upkeep the vow to cherish, love and respect each other; when selfishness and an unquenchable desire to be the one left standing at the end of the day; when the ill-conceived advice of “frienemies” (half friends and half enemies) holds sway in a marriage, that union is doomed to spiritual death. The couple will be separated, just as Adam was separated from God. The couple may still be living together as Adam and Eve continued to live in the Garden of Eden. But in the spirit, they have been disconnected from God who brought them together initially.

It is important to recognize this dimension to the vows we make at the altar. Couples who find that their marriages are spiritually hitting the rocks must pray over their situation. Or they may file for a divorce if their misunderstanding cannot be settled amicably or if they are no longer compatible. Living-in when their aspirations are no longer the same will only acerbate the issue. It is like sitting on a keg of gun power which is bound to explode some day.

We need to ask ourselves pertinent questions every day. We need to know if our marriages, our sacred relationships, have died or are dying spiritually. Most times it is this spiritual death that leads the way to the physical demise. Or what do you think when you vow "until death do us part"?