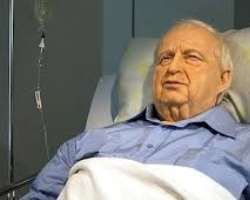 
Ariel Sharon, one of the most influential leaders in Israel's history, a military commander who at the height of his power redrew the country's political map, died on Saturday in a hospital outside Tel Aviv. He was 85.

His death was confirmed by Shimon Peres, the Israeli president.

An architect of Israeli settlements in the occupied lands, Mr. Sharon gained international infamy over the years for harsh tactics against the Palestinians over whom Israel ruled. That reputation began to soften after his election as prime minister in 2001, when he first talked about the inevitability of Palestinian statehood.

He was incapacitated by a stroke he suffered in January 2006 and fell into a coma from which he never awoke.