I Prefer My One-Off Deals From Glo, Diamond Bank To Endorsement Deals--Bovi 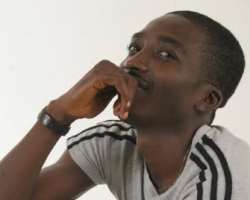 Ace comedian, Bovi has confessed that he preferred the money he made from the one-off deals with Glo and Diamond Bank to getting a full endorsement deal that would tie him down to a particular brand.

The humour merchant disclosed this on 'The Leak' video by SoarNaija. Bovi also stated in full about the deals and how they have changed his life.

Most deals, when signed by popular faces, prevent them from taking up deals with competitors of the brand in the market while they are still contracted to their present paymasters.