Music - Away By Iyanya 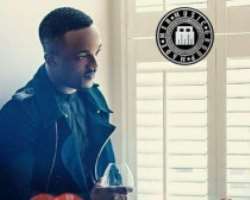 Nigerian superstar, Iyanya, have dropped his first song of the new year. Titled 'Away', the song is produced by ace producer Masterkraft.

'Away' is a tidy Highlife release. It shows Iyanya's lyrical versatility as he dips into his Southern roots to create catchy lyrics for the song. Some parts of the song even has a fusion of traditional percussion instrumentals, creating a melodious rhythm.

Iyanya is currently working on releasing his 3 album this year, and he hope it will achieve similar success as that of his previous work; Desire. 'Away' is the second single off the forthcoming EP, and he promises to drop more.

Listen to my way below. What do you think about the new song. Hit or Miss?