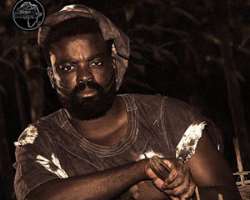 No doubt that 2013 was one big year for movie producer and director kunle Afolayan as the much talked film October 1, produced and directed by celebrated film maker and actor, Kunle Afolayan has won the Fiction Film Trailer Award category of the International Movie Trailers Festival Awards 2013.

An excited post on the official Facebook page of the film made the announcement recently “We did it! October 1 Trailer Won the best Fiction film trailer at the International Movie trailers festival.”

Kunle later on said”. What a way to wrap year 2013. I'm happy about this award. It's not about the money but the recognition of the hardwork, the efforts of the cast and crew of October 1. It is a pointer to the fact that the film has great potentials to go places when it is eventually released.

How to Know If You Are Fooling Yourself (Strictly Naija)