Rihanna Burns Chris Brown's Apology Letter, Plans To Sell All The Gifts He Gave Her! 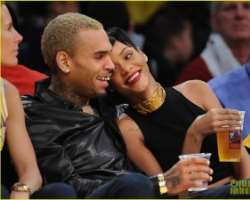 Rihanna definitely doesn't wan Chris Brown in her life in 2014.

Hollywoodlife reports that Breezy gave his former girlfriend gold jewelry and an apology letter, which she burned.

Riri also plans to sell the jewelry ASAP.
'Rihanna's thinking about what to do with that gold necklace Chris gave her,' a source said. 'She doesn't want to pass along some bulls**t and bad energy to someone else. She will eventually sell it and then give the money to charity.'

'He put a lot of hurt in her heart and there's a lot of damage there. She doesn't want anything to remind her of him going forward in the new year. She wants nothing to remember him by.'