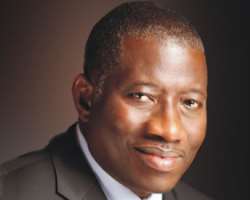 
There is a gnawing sense of dÃ©jÃ  vu in the latest reminder by the Bureau of Public Procurement that 'less than 10 per cent of Federal Government projects initiated between 2009 and 2011 have been completed as of February 2013.' The assertion is contrary to the inanities being deceitfully mouthed by the Goodluck Jonathan Administration. It is a gross indictment on a government that came to power promising to deliver on infrastructure and boasting a nebulous 'Transformation Agenda'. Yet, the government can't claim it has no money to fix infrastructure as revenue from oil is supposed to be growing: the commodity has been trading far above the benchmarks in the budget in the past few years.

But instead of delivering on infrastructure, the livewire of every economy, Nigerians have witnessed deterioration in this vital sector. It is moot, but it is hard to nail down a single critical infrastructure that the present government has delivered since it assumed power in 2010. Conversely, there are so many uncompleted projects dotting our landscape. At the heart of the appalling project completion ratio is the 'long delays in making initial and subsequent payments, and design flaws requiring corrective actions after the commencement of project execution,' according to Emeka Eze, the BPP Director-General.

A good example is the Abuja-Lokoja Expressway. The government awarded it at a cost of N42 billion in 2006, with a completion date of April 2009. However, in violation of the extant law on public procurement that makes it a criminal offence to award any contract not backed by cash or failing to pay a contractor on time, the Federal Government did not release any money to the contractor for the project in 2006. According to the Federal Ministry of Works, the government released N7.5 billion (100 per cent) in 2007; zero allocation in 2008; N8 billion (100 per cent) in 2009; and N11.1 billion (42 per cent) in 2010. In the process, further illegalities were committed by Abuja, which reviewed the scope of the project and approved a new figure of N116 billion with the completion date of 2011. Seven years after the initial contract award, the project is only about 38 per cent completed.

Because of the high level of corruption and the illegality of not cash-backing contracts, many critical infrastructure projects are uncompleted or never even started across the country. You need not look far. The Benin-Sagamu Expressway has been undergoing reconstruction since the first term of the Olusegun Obasanjo Administration (1999-2003). It is yet to be completed. The East-West Road, the major artery linking Nigeria's resource-rich South-South, has been in a state of disrepair for over 20 years, in spite of the fact that many contracts have been awarded for its execution. This is unacceptable in a country that is now rated as the 13th largest producer of crude oil in the world. Yet, this is the story of many projects in the country.

According to a media report, the projects abandoned by the Niger Delta Development Commission alone need at least N1.4 trillion to complete. There are 1,994 rural electrification projects that have been abandoned over the years, according to Kenneth Achugbu, managing director of the Rural Electrification Agency. In a mind-boggling report, a 2011 presidential panel headed by Ibrahim Bunu unearthed 11,886 contracts costing over N7 trillion that were abandoned by successive governments. The Jonathan government alone awarded contracts worth N927 billion between August 2011 and June 2012, with most of them unexecuted. The Apapa-Oshodi Expressway that leads to the ports in Lagos, where the government rakes in revenue of more than N2 trillion annually, has been in a dilapidated state for long, despite contracts awarded to fix it. This is official negligence elevated to a level of irresponsibility.

In all this, the failure and ineptitude of government stick out. The government is liable, constantly failing to mobilise contractors or handing out stipends for projects worth billions of naira in several cases; it should do better than this. The culture of illegality that sees the Federal Executive Council usurping the functions of the National Council on Public Procurement is a major problem. This ritual is only about grandstanding; motion without movement. FEC must terminate forthwith this illegality of reeling out contract awards every week. FEC should allow the NCPP to perform its functions. The Senate, which, in conjunction with the House of Representatives, last year questioned the legality of the contracts awarded by FEC - rightly describing the action as 'sheer illegality' - should end the impunity by the executive arm of government.

To stimulate growth in the American economy, the Barack Obama administration cut spending in some areas, and doubled the expenditure on infrastructure (highway, bridge and mass transit projects) to $476 billion through to 2018. And it is certain that the projects would be executed as and when due. But what do we find in Nigeria? Nigeria's budget is unjustifiably high on recurrent expenditure, this, to the detriment of capital outlay. In the 2013 budget, Nigeria allocated 68.7 per cent to recurrent expenditure. Worse, in the 2014-2016 Medium Term Economic Framework, recurrent expenditure will rise rapidly to about 72.71 per cent in 2014. This means that while spending on running government will increase, capital projects will suffer greatly.