''Why I Converted To Islam'' - Former Nollywood Actress Speaks Out 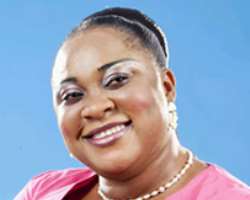 Nollywood actress Vivian Metchie, who has recently divorced, says she recently adopted the Islamic faith because she found the Christian faith too confusing.

Commenting on her choice to Yes! magazine, Ms Metchie said it was a personal decision she had to take.

"Yeah it is personal. I understand the Koran more than the bible. All of a sudden, the Christian confusion was driving me nuts. My dad was catholic, my mum was Deeper Life, I married someone in the Redeemed Church and then all of a sudden, the few religions had something bad to say about each other. I just couldn't take it anymore. A friend of mine who is close to me said that once you are grounded on the word, it wont be confusing. Unfortunately, maybe I wasn't grounded in the word, but I still could see what I see. But in my quest and study and research, I don't know: I was probably looking for peace. Yeah! That was what I was looking for and I found it in the Koran."

Vivian, the mother of 4, who has adopted Fareedah as her Muslim name, explains that her decision was well received and respected by her dad who has since stopped calling her by her native name and now calls her Fareedah.