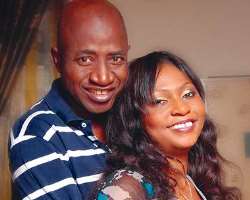 
Bosnia are the most dangerous of  Nigeria's three  2014 World Cup group opponents, former captain of the national team, Segun Odegbami has said.

The 1980 Africa Cup of Nations winner said, 'people talk about Argentina as the group favourites but I feel Bosnia Herzegovina are going to be tougher.'

He spoke in an interview with  Sports Vanguard at the weekend.

He said, 'We know Argentina, we are their old customers. They find it difficult to play against us but they have beaten us the three times we have met at the World Cup; not from open play but they have capitalised on our avoidable mistakes. But this time we are going to prepare for them.


'I am more afraid of Bosnia because I know they were part of the former Yugoslavia. They play a more   tactical and organised game and I know the Eagles find it difficult playing against well organised teams. Remember what happened against Denmark in 1998. For Iran, we can overrun them.'

Notwithstanding his postulation, Odegbami believes the Super Eagles will survive their group.

'My head tells me we will get to the next round but my mind tells me that we can go beyond the quarter final.'

The 1980 Cup of Nations top scorer, however, said Coach Stephen Keshi must work on his midfield. 'We still don't have a ball winner in our midfield. So far, we are yet to get the best out of Mikel Obi.

We should stop moving him up and down and let him concentrate on his defensive midfield role. We don't have a creative midfielder, one that can hold on to the ball and control the game.

Among those in the team right now, we lack such a player. May be Keshi has to expand his search beyond those in the team now. Although the team is strong the way it is, but I feel it will be stronger if we have that creative midfielder.'

Odegbami is not in support of calls for the return of the likes of Osaze Odemwingie, Taye Taiwo, Obafemi Martins among others.

'They have had their time and they served us very well. They should forget the national team and allow those who won the Nations Cup and qualified us for the World Cup go to Brazil. They should go and have their deserved rest.'