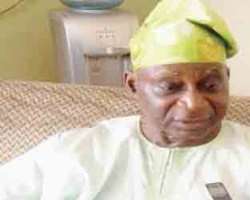 
The Presidential Advisory Committee on the National Conference, which submitted its report to President Goodluck Jonathan last Wednesday, has recommended that 545 delegates should congregate to chart a future for Nigeria.

The committee, chaired by Senator Femi Okunrounmu, according to snippets of the report obtained by THISDAY, is also recommending that the national dialogue should discuss whether Nigeria should adopt political federalism or fiscal federalism, define whether federating units should be states or geopolitical zones, the form of government for the nation to adopt, state creation and special status for Lagos.

The president in his 53rd independence anniversary broadcast on October 1, had announced plans to constitute a presidential advisory committee to guide the federal government on how it could organise a national conference in line with the yearnings of Nigerians.

The 13-member committee in the report recommended that of the 545 delegates that it is proposing for the national conference, 360 of them should be elected based on equality of constituencies of the House of Representatives. According to the report, the election of delegates based on the equality of constituencies was proposed because it allows for wider participation of the grassroots.

Therefore, one delegate per federal constituency will be elected directly through universal adult suffrage, if the president accepts the recommendation of the committee.

In addition, the report recommended another 185 nominees who will comprise  representatives of special interest groups and appointees of the federal and state governments as well as the Federal Capital Territory (FCT) to reflect socio-cultural diversity.

A breakdown of the nominees shows that they are expected to include 41 women who will be nominated by each of the 36 states of the federation and FCT as well as four by the federal government.

Also, the committee recommended that youths should be represented by 42 delegates, who should not be above 35 years. Of the 42 representatives, the 36 states will nominate one each, FCT two and the federal government four.

In addition, it called for the inclusion of 37 traditional rulers, based on one for each state of the federation and FCT as well as nomination of four persons to represent the physically challenged.

While professional bodies such as the Nigeria Labour Congress (NLC), Nigerian Bar Association (NBA), and Trade Union Congress (TUC) will send four nominees to be represented at the conference; faith-based organisations, comprising the three popular religions in the country, Christianity, Islam and traditional religion are to send six delegates to the national conference on the basis of two delegates for each of the religions.

The committee in addition recommended that each of the 36 states of the federation and FCT should nominate a total of 37 delegates to the national conference while the three arms of government at the federal level should be represented by six persons with the executive, legislature and judiciary nominating two persons each.

Other delegates, according to the report, are four representatives of the armed force and the police and one male and one female to represent Nigerians in the Diaspora. On the agenda of the national conference, the committee recommended that the delegates should examine the political structure and system that would best suit Nigeria given its complexity.

Other issues to be discussed include whether or not Nigeria should adopt political federalism or fiscal federalism and for the delegates to define what form the federating units - states or geopolitical zones - shall take.

On the political system for the country, it recommended that delegates should decide whether Nigerian should operate a presidential or parliamentary form of government as well as whether the legislature would be unicameral or bicameral. The delegates are also to decide whether lawmakers would operate on a full-time or part-time basis.

Other issues to be discussed include state creation or merger of states; will revisit the ceding of the oil-rich Bakassi Peninsula to Cameroun; and whether or not Lagos, Nigeria’s former capital before the movement to FCT, should be conferred with a special status that would enable the federal government pay more attention to its development.

The Okunrounmu committee also advised that the delegates should consider other issues like the secularity of the Nigerian state, federal character and virtually all other issues in the constitution.

According to the source, 'We went with the issues mostly canvassed by Nigerians.' The source told THISDAY that the committee also gave the federal government the option of considering equality of states, with four per state and four for FCT in deciding on the number of delegates for the conference.

The committee urged the federal government to facilitate the nominations in conjunction with the interests involved.

Despite the appearance of unity displayed by members of the committee, THISDAY, however gathered that a mild disagreement ensued during the presentation of the committee’s report last Wednesday, as Secretary to the Government of the Federation (SGF), Senator Anyim Pius Anyim, was said to have tactically frustrated a bid by a member of the committee, Chief Solomon Asemota (SAN), to present a minority report.

THISDAY gathered that when the committee was preparing its report, Asemota had said he would also be submitting a minority report, which the committee kicked against because he had participated in all the discussions and actually chaired the sub-committee on the constitution.

However, when the committee members arrived the State House last Wednesday to submit the report to the president, Asemota was said not to have followed them. But while they were all seated, awaiting the arrival of the president, it was learnt that he walked in.

The committee was later to learn that he was sitting in the office of Chief of Staff to the President, Chief Mike Ogiadomhe, who had reportedly assured him he would be permitted to present a minority report, which happened to be the draft constitution worked on by Prof. Ben Nwabueze (SAN).

However, Anyim who got wind of the effort to submit a minority report, was said to have assured the committee members that only Okunrounmu, as the chairman of the committee, would be allowed to speak for other members. 'That was how the minority report idea was quashed because Anyim stuck to his promise,' the source said.

Meanwhile, a former Chairman of the Presidential Technical Committee on Land Reform, Prof Akin Mabogunje at the weekend said the national conference should review the adoption of the presidential system of government at the local government level.

Mabogunje gave the advice at Ilara-Mokin, Ondo State, while delivering a lecture to commemorate the second matriculation of Elizade University, during which 214 students took their matriculation oath.

The lecture, which had a former Nigerian High Commissioner to the United Kingdom, Dr. Christopher Kolade, as the chairman was titled 'Local Patriotism and the Demise of Local Governance: Challenges for Transformational National Democratic Development'. Mabogunje said his call against the continuation of the presidential system of government at the local level stemmed from the fact that it is extremely expensive and had deprived government at the grassroots of funds for development.

He added that the impending national dialogue should consider conferring on state governments the sole authority on local government, so that local governments could truly reflect the age-long tradition of collective decision making and cooperative actions of citizens in communities in each state.