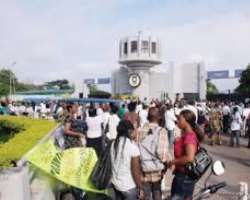 
There is high hope that the Academic Staff Union of Universities (ASUU) may call off its five moth old strike on Monday (today) when its leaders meet in Minna, Niger State.

The meeting will  discuss the resolutions signed publicly between the President of ASUU, Dr Nasir Fagge and the Permanent Secretary, Federal Ministry of Education, Dr MacJohn Nwaobiala.

The resolution signaling the end of the feud was signed in the presence of the Supervising Minister of Education, Barr. Nyesom Wike and the NLC President, Comrade Aldulwaheed Omar. NUC officials and the media were in attendance.

The Monday meeting is seen by many as mere formality since the body has reached agreement with government in all matters of the strike.

It is not clear however whether the universities will recall their students immediately as the Christmas festivity period has already kicked in.