Is Kanye West Scared Of Being A Rapper?! 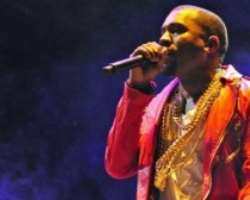 Is Kanye West tired of being a rap star? In a recent interview with an oline radio over the weekend, the rapper kept comparing his profession to being at the battlefield. The Yeezuz star says being a rapper is like soldiers whose lives are always in danger whenever they go to work.

Kanye said on Saturday Night Online that rapping is a very dangerous work, 'this is like being a police officer or something or like war or something,' he explained, 'You're literally going out to do your job every day knowing that something could happen to you.'

So, is Kanye now scared of the price of fame? He further mentioned that not only are there risks physically but the idea of slipping on stage is also very dangerous for a rapper. In addition to his list of horror, Kanye also gets frightened about his feeling getting hurt, 'people could watch your show and decide they don't like him,' he explained further. 'and that's not cool for the ego.'

Will Kanye plan a strategy to curb all his fears?