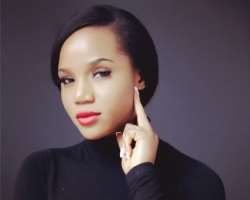 Top rated female performer, Maheeda, is flying higher hard criticisms notwithstanding. Maheeda who courted a heavy controversy for allegedly posting nude images of herself on Instagram, has won a mouth-watering management contract with a foreign showbiz firm Bigjamz Earth Entertainment.

According to Barbara Kotsoni, the CEO of the Europe-based Bigjamz; “Maheeda is one hell of an act and once you see her as a brand you will definitely understand and appreciate her more”.

Though, considering the controversies about her, it might take a long while for Nigerians to accept her as a brand but the European, Asia and other market already see her as one.

Congrats, all the way.