Christy Essien-Igbokwe Lives On As Family Releases Her Last Album 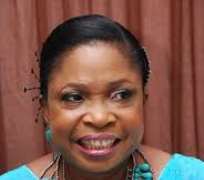 The death of the late talented musician, Christy Essien-Igbokwe in 2011 shook the Nigerian entertainment fraternity to the ground. The late actress turned singer was a talent that was buried. Her death was very painful, not only to the razzmatazz world, but to all lovers of entertainment.

The 'Lady of Songs', as she was fondly called in her lifetime, was a respected entertainer. Her role in the Nigerian longest TV series, 'The Village Headmaster', gave her a huge fan base, which complemented her music career.

However, the family of the late songstress has vowed to keep her dream alive. This explains why her last yet-to-be-released album was recently launched in Lagos. It was supposed to be her 11th album before death snatched her away. The event took place at the newly opened Intercontinental Hotels, Lagos.

The new album is entitled 'All of a Sudden' and it was launched along with her greatest hits like 'Seun Rere' and others. Also, the Essential Childcare Foundation was renamed Christy Essien Igbokwe Memorial Foundation. The foundation, which aims at celebrating her art, style and heart, was rechristened to preserve her legacy.

According to the late singer's son, Kaka Igbokwe, “Mummy, as we all know, was a woman who lived to serve humanity and her nation through her music, her acting and her very many charitable gestures.”