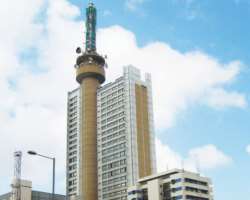 Acting President Goodluck Jonathan, who chairs the National Council on Privatisation, should 'accelerate' the approval of the sale of NITEL/MTEL to save the nation from losing the proceeds of its 'best privatisation', the House of Representatives said on Thursday.

Lawmakers said the sale, which received a preferred bid of $2.5 billion for the aged telecom company, is the nation's best and should be seen through.

'Even if the council is to meet 2 am in the morning for this deal to get through, I don't think we are asking for too much,' said Abbas Braimah, the House Committee Chair on Privatisation and Commercialization.

After the bidding process, the Council which is headed by Mr. Jonathan, has the responsibility to grant approval after which an offer letter can be issued on the preferred bidder.

The Bureau of Public Enterprise which conducted the sales, confirmed Thursday that the successful bidder, New Generation Consortium has yet to be issued the letter. This is against privatisation regulations which list seven working days for such an action.

The BPE Director General, Chris Anyanwu, told the committee the delay has been caused by a rescheduling of the Privatisation Council's meeting.

'Our integrity is at stake,' Mr. Anyanwu admitted. 'We must ensure that we follow due process. The letter of offer should have been made within a week, but for the postponement of the NCP meeting.'

NEXT reported yesterday that the spokesperson of the Bureau of Public Enterprises, Joe Anichebe, attributed the delay in confirming the bid to the busy schedule of the Acting President. Mr. Anichebe had said, 'Ordinarily, it is not supposed to take such a long time. But the present situation is peculiar as the Acting President has been very busy with other officials state matters as a result of the current political crisi in the country'.

Lawmakers said while it is understandable the Acting President may be burdened by increased responsibility after assuming leadership, the process of issuing the letter should be 'accelerated'.

'As a responsible parliament,' Mr. Braimah said, 'we are worried and bothered that 18 days after, no preferred or reserved bidder has been announced.'

Opposing forces
Within the period, however, the bureau faced criticisms about its conduct of the sales, and was accused of poor diligence control after the Technical partner of the preferred Consortium, announced an early disengagement from the major investor.

Mr. Anyanwu told the House Committee that the controversy that arose after the deal was not about the integrity of the exercise, rather it was due to attempts by 'opposing forces' to disrupt the successes achieved.

'Nigeria is the only country in the world without landlines,' he said. 'Nigeria is the country with the most expensive telephone charges and we are aware that fixed interest and opposing forces know that these things will change when NITEL becomes functional.'

The 'forces,' he said, may be responsible for the increased media attention the privatization exercise has received in the past two weeks.

'There is no contention whatsoever about the 100% transparency of the transaction,' he said. 'The privatization followed a standard procedure nationally and internationally.'