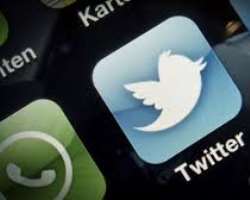 
A senior White House official who was helping negotiate nuclear issues with Iran has been fired after being unmasked as the acidic voice behind a Twitter account known for its insults of public figures at the White House and on Capitol Hill, a government official said on Tuesday.

Jofi Joseph was director of nuclear non-proliferation on the White House National Security Council staff, but for more than two years sent hundreds of anonymous and abrasive tweets using the handle @NatSecWonk.

He was fired last week after he was caught, the official said.

A White House official confirmed Joseph no longer worked there, but would not comment on personnel matters. The firing was first reported by the website Daily Beast.

In his Twitter biography, now removed from the social networking site, Joseph described himself as a “keen observer of the foreign policy and national security scene” who “unapologetically says what everyone else only thinks.”

As the widely followed @NatSecWonk, Joseph speculated anonymously about the political motives and career moves of administration officials he worked with. They included Ben Rhodes, President Barack Obama’s spokesman on national security issues.

This month, Joseph tweeted that Hillary Clinton, the former secretary of state, “had few policy goals and no wins” in the Middle East. He agreed with Republican Representative Darrell Issa, who has relentlessly pursued Clinton for administration actions after last year’s attack on the U.S. diplomatic post in Benghazi, Libya.

“Look, Issa is an ass, but he’s on to something here with the @HillaryClinton whitewash of accountability for Benghazi,” he tweeted.

He also sniped at U.S. Ambassador to the United Nations Samantha Power’s use of Twitter. “Can someone again brief @AmbassadorPower that Bashar Assad likely doesn’t follow her Twitter feed?” he recently wrote.

Joseph did not respond to phone and email requests for comment, but he told the website Politico he regretted his tweets.

“What started out as an intended parody account of DC culture developed over time into a series of inappropriate and mean-spirited comments. I bear complete responsibility for this affair and I sincerely apologize to everyone I insulted,” Joseph said in an email to Politico.

He also targeted journalists, including Daily Beast reporter Josh Rogin who broke the story of his firing. “Just a hunch, but I have the sense lots of people would like to punch @joshrogin in the face,” he said earlier this month (Reuters).