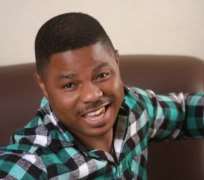 Nigerian gospel singer, Yinka Ayefele has returned to the country from his six-week US musical tour. However, something was missing, as the musician did not come to with three members of his band. Sources say his tour was marred by the disappearance of the three men who vanished into the crowd of US in search of greener pastures.

To save his popular face from the controversy, Ayefele dropped a statement a signed by his publicist, David Ajiboye, which makes it clear that his band members who disappeared include, Ojoyido Adegbenga Ezekiel (Keyboardist), Solomon Olugbenga Motimoke (Vocalist) and Olusola Kayode Isaac (vocalist).

“Whilst Olusola Kayode Isaac defected at the LaGuardia Airport, New York on Monday October 14 on his way from Houston with three other members of the band, Ojoyido Adegbenga was said to have disappeared from the group at the Howard Johnson Inn on Rockaway Boulevard, New York on Tuesday October 15. The third man Solomon Motimoke (Yatty) left the band while still at Washington DC on October 11.”