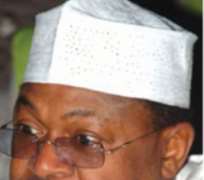 Huhuonline can disclose that top executives of Bank PHB, Spring Bank and Equitorial Trust Bank who were last week sacked by the Central Bank of Nigeria will soon appear before the Economic and Financial Crimes Commission, EFCC to answer questions in

regard of some of their activities while they held sway in the three banks.

The hint was dropped on Wednesday October 7, 2009 at the venue of the on-going World Bank/ IMF conference in Istanbul, Turkey by the Executive Chairman of the anti-graft agency, Mrs. Farida Waziri while fielding questions from journalists during a joint press briefing with the Finance Minister, Dr Mansur Muktar and the CBN governor, Mr. Lamido Sanusi.

Mrs. Waziri assured that nobody will be treated as a sacred cow in the latest exercise even as debtors of the three banks should prepare to interact with the EFCC as soon as the CBN makes their list available to the Commission.

According to her, “As soon as we return back home we take on the case of the latest three banks. I can assure you that nobody will be spared, no sacred cow. We will handle it the way we did the last set. So there can't be any discrimination or preferential treatment for anybody. We will also act on the debtors list as soon as the CBN releases that to us. It is in the interest of our economy and the nation.”

Speaking later at a policy forum on good governance, investment climate and the challenge of increasing capital flows to Africa, Mrs. Waziri justified the EFCC intervention in the bank reform process in Nigeria.

“ At face value, there should be no basis for the EFCC's involvement in the recent banking sector cleansing and the recovery of debts. However we must understand that section 7 (2) of the legislation establishing it states that the EFCC “shall be the coordinating agency for the enforcement of the provisions” of the following key legislations:


1. The Failed Banks (Recovery of Debts) and Financial Malpractices in Banks Act 1994.


2. The Banks and other Financial Institutions Act (BOFIA) 1991

These 2 laws alone should suffice to justify the involvement of an organisation like the EFCC in the bank cleansing exercise and the recovery of loans by the Central Bank of Nigeria. However it may be necessary to go beyond that. The general issues arising from the exercise in Nigeria have shown that margin loans, other forms of loan facilities and Infraction by lenders, are the critical areas that rogues within the system utilized” she explained.

She stated that the Commission's intervention has led to the recovery of over N114billion(about $700 million USD) and prosecution of four bank chief executives, 11 directors and one chief executive of a stock broking firm on 188 count charges.

Waziri said with the firm efforts of various regulatory agencies to cleanse the system, the investment climate is now open to foreign investors who are interested in doing genuine business in Nigeria. She called for international cooperation among law enforcement agencies to support business transactions and check trans-border crimes,

In her words, “from a transnational perspective, if it is accepted that the financial system impacts not just on the economy, but also the politics and polices of countries, then it is necessary that innovative solutions in law enforcement should also follow suit. . I will suggest in this context that countries must resolve that as a matter of protocol, rather than upon request, Suspicious Transaction Reports that might impact on each other must be shared promptly. For instance if Country 'A' gets a Suspicious Transaction Report that has a Nigerian element, then country 'A' as a matter of protocol must share that Suspicious Transaction Report with Nigeria even where Nigeria has not made a request for such. This will enable countries keep track of illicit economic activities even across their borders and might even be the basis of triggering fresh investigations. In any case, it is irrefutable that the barbarians within the system often launder the proceeds of their crimes across transnational borders and this mode of cooperation will be useful in tracking deposits and assets.

“From a practical point of view, this mode of cooperation is further recommended by the fact that looted funds are often re-routed to designated financial safe havens and tracing or investigating it is often a frustrating experience. If the safe havens become unattractive with the attendant difficulty in spiriting away looted funds, investigating and prosecuting several shades of financial crimes should be relatively easier.”

“Permit me to inform the audience about the creation of a Transactions Clearing Platform (a Business Help Desk) that the EFCC has recently created. When I took over the helm of affairs at the EFCC, one of the things that struck me was that we required a more innovative approach to fighting cyber crime as well as the utilization of preventive measures in addressing economic crimes.

“On the generic level, the EFCC has launched an anti-corruption Revolution Campaign (ANCOR) which is aimed at Nigerians effectively participating in and taking ownership of the fight against economic, financial crimes and corruption.

“As to specific business transactions, Nigeria for long has been identified with fraudulent letters (aka 419) and business proposals and as a result the EFCC has now put in place a mechanism for the smart utilisation of technology to tackle the problem. An adjunct service arising therefrom is a Transactions Clearing Platform (TCP) of the EFCC that will assist individuals and companies undertake basic due diligence in respect of business proposals received from or intended for execution in Nigeria.