I Was Married To Don Jazzy, I Truly Miss Him- D’banj’s Confession 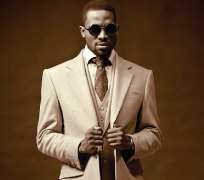 I Was Married To Don Jazzy, I Truly Miss Him- D'banj's Confession

Even a day old baby would easily recognize the formidable spirit of the two jolly friends on stage. D'banj and Don Jazzy, no doubt, both dominated the music scene for nine years before the cookies crumbled and they went their separate ways. Today, they have formed individual group, D'banj-DB Records, Don Jazzy-Marvin Record, but something still seems to be connecting the two together.

In an interview recently, D'banj confessed that he really missed Don Jazzy whom he had spent the better part of his career with.

Hear him “If I say I don't miss Don Jazzy, I am lying. I have spent the better part of my career with him. I was married to him in a way (laughs). So I miss everything about Mo'Hits: the family, the movement, and the vibe of being in the studio with him. I miss the jokes and the arguments, but I have since keyed into the notion that nothing can stop a moving train. Nevertheless we can always do music together. The track, 'Top of the World' was produced by a Grammy Award Winner. The songs 'Finally' and 'Don't Tell Me Nonsense' was produced by my producer while 'Oliver Twist' was produced by Don Jazzy. So, why won't I have him on my 10 years anniversary album?”

Does Don Jazzy feel this way too? Really, Don Jazzy, who now operates Marvin Records, has not opened up on their issue since their separation, he has remained focused with his business, shunning out hit songs to remain permanently on top of the game. We are waiting if he would indeed accept to feature in D'banj's 10th anniversary album.