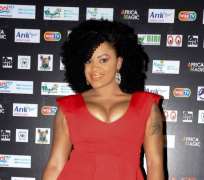 It's so unbelievable but it's actually true as indisputable sources have disclosed that Nollywood actress, Uche Ogbodo has just hooked up a man in holy matrimony.

We learnt that she got married on Wednesday October 2, 2013 in a mini traditional marriage, where her Norway based lover, Arthur completed her dowry payment in her father's compound in Enugu State.

Nfc gathered that Uche, who has had series of attacked over the years from different angles due to her past was said to have kept her liaison with the Norway lover closely guarded to her heart a family.

The actress chose the clandestine style of wedding, according to sources to avoid a repetition of her first bitter experience, that occurred when her first marriage to a Holland based dude called, Cross crashed half way into it. After that ugly experience in her life, she became so heartbroken and has since become so secretive about who is she is dating.

Maybe she will invite all of us to her white wedding, and there no pictures because she did it under-cover.

Congratulation to the delectable actress from all of us at nollywoodgists.com!